If you track diabetes news like we do, you’ll know that seemingly every week brings a new study on what foods supposedly cause or prevent diabetes. The latest of this sort is a study from The University of South Australia, and I apologize in advance for all the puns in the press release: “Go (over) easy on the eggs: ‘Egg-cess’ consumption linked to diabetes.” It has been widely reported.

In the study, the eating habits of about 8,500 Chinese adults were “tracked” between 1991 and 2009. Those that regularly consumed more eggs than average saw their risk of developing Type 2 diabetes increase by 25%. Those at that ate the most eggs, at least one egg per day, saw their risk increase by 60%.

There would seem to be a very significant relationship between eggs and diabetes, but there’s a reason I put the word “tracked” in scare quotes. Studies of this sort never really track everything a participant puts in his or her mouth. They tend to rely instead entirely on brief discontinuous snapshots of what a participant says he or she is eating. Study participants fill out regular or occasional surveys, and then analysts assume that the surveys accurately describe what the participant ate on all the thousands of other days in which meals were not in any way monitored. This approach is dicey, to say the least.

More strikingly, such a study cannot evaluate, find or even hypothesize a smoking gun linking eggs to diabetes; it’s not designed to do so. The authors cannot even speculate as to why there would be a connection between eggs and diabetes, let alone test or prove one. Best case scenario, the study results gives us an association that may be real and may deserve further study. The authors know this, and you’ll find the line “more research is needed to explore causal relationships” in the press release, but it’s buried at the bottom.

In an ideal world, this type of study would take place quietly in order to direct future scientific experiments. But in today’s silly nutrition media environment, journals and universities issue press releases full of embarrassing puns in the hopes that websites and newspapers pick up the story and run with it.

The pitfalls of this approach have been widely remarked upon, most prominently and convincingly by author Gary Taubes. Taubes flatly asserts that this kind of observational nutritional epidemiology “would not be recognized as science by scientists in any functioning discipline.” Ouch.

But supposing for a moment that the association between eggs and diabetes were real, how would we explain it? What would account for the correlation between eating eggs and developing Type 2?

In a statement, author Dr. Ming Li explained that egg consumption in China has increased over recent decades alongside radical nutritional shifts:

“Over the past few decades China has undergone a substantial nutritional transition that’s seen many people move away from a traditional diet comprising grains and vegetables, to a more processed diet that includes greater amounts of meat, snacks and energy-dense food.

“At the same time, egg consumption has also been steadily increasing; from 1991 to 2009, the number of people eating eggs in China nearly doubled.”

The problem here should be obvious: if egg consumption is highly identified with new unhealthy eating patterns, that would strongly suggest that there is a correlation between the eating of eggs and the eating of modern processed fast food, soda and other junk foods. You know, the food that actually causes diabetes.

To put it simply, an adult in China that eats plenty of eggs is almost certainly less likely to stick to the traditional and metabolically healthy Chinese diet. He or she is more likely to also be eating French fries, milkshakes and Coca-Cola.

If eggs were actually causing diabetes, we’d be able to find the same association in other populations. But it’s just as easy to find contrary examples. In Finland, for example, “higher egg intake was associated with a lower risk of T2D.”  An even more illustrative study, this one from America, found that people that started eating more eggs usually balanced that by eating fewer refined grains. The authors concluded “Eggs in the diets of type 2 diabetics may lead to increased consumption of some healthful foods and reduced consumption of some less healthful foods.” It’s no surprise that in different food cultures eggs will have different associations with healthy or unhealthy foods.

Even when we restrict the search to China, we find other studies asserting that eggs are “not associated with an elevated risk for T2DM,” and that egg consumption “was significantly associated with lower risk of [cardiovascular disease].”

The truth is that as long as we continue to publish such tenuous connections, the academic literature on eggs and diabetes is and will remain a disorganized mess: you can find support for just about any point of view. 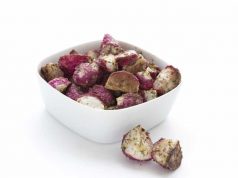 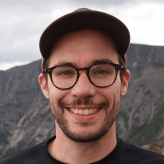