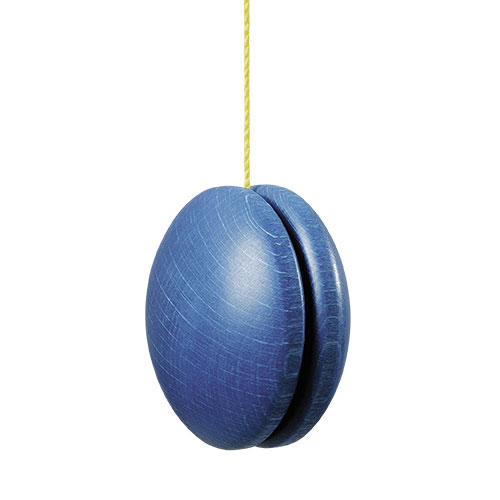 Some people organize the clothes in their closet by season, occasion, or color. Judy Weingarten arranges hers by size. “Since I was a teenager, my weight has gone up and down 40 to 50 pounds,” says Weingarten, a retired teacher who lives in Silver Spring, Maryland.

At 71, Weingarten has tried almost every fad diet imaginable—even the grapefruit diet. Each one led her down a predictable path: She’d stick with it for about a month, lose some weight, then eventually give in and start eating something that was off-limits on her current plan. “I felt deprived all the time,” she says. “I couldn’t live that way.”

In 2008, she got a wake-up call when her doctor diagnosed her with type 2 diabetes. Routine blood tests showed that her A1C was over 13 percent (well above a nondiabetes A1C of 5.7 percent).

“I didn’t want to die, or lose a finger, toe, arm, leg, or anything else,” says Weingarten. Within days, she signed up for WW (formerly called Weight Watchers), a program she had tried in the past with some success, but that had also made her feel like she was missing out. This time, she found that the plan had been updated to emphasize many so-called “free” foods that she could eat without limitation. She also modified the plan to keep carbohydrates in check. And she got much more active, walking on the treadmill for 40 minutes every day and taking SilverSneakers fitness classes, which are specifically geared to seniors, five days a week.

Her efforts paid off in more ways than one. She lost 50 pounds and, with the help of medication, brought her A1C down to 7 percent. But perhaps most important, she broke her lifelong cycle of yo-yo dieting.

Weingarten’s history of yo-yo dieting (a pattern of repeatedly losing and regaining weight also called weight cycling) resonates with many others who have type 2 diabetes. In a study published in 2017 in The New England Journal of Medicine, people with dramatic fluctuations in body weight were 78 percent more likely to develop type 2 diabetes over a period of about five years compared with those whose weight remained more constant.

In other instances, a diagnosis of type 1 or type 2 diabetes might trigger yo-yo dieting, says Megrette Fletcher, MEd, RDN, CDCES, a New Hampshire–based certified diabetes care and education specialist. “Anywhere from 20 to 40 percent of people with diabetes display some symptoms of disordered eating,” she says. “Eating disorders are especially prevalent in people with type 1 diabetes because managing the disease requires some level of preoccupation with food.”

The most obvious one for people with diabetes is that it messes with your blood glucose. “Consistency is a key factor for diabetes management,” says Toby Smithson, RDN, CDCES, a spokesperson for the Association of Diabetes Care & Education Specialists and coauthor of Diabetes Meal Planning & Nutrition for Dummies. Although food isn’t the only thing that affects your blood glucose—medication, sleep, stress, and physical activity also play a role—it’s a key part. Drastically cutting back on calories can lead to dangerously low blood glucose, for instance, and overeating after weeks of deprivation can raise your levels.

Research shows that yo-yo dieting may increase insulin resistance, a condition that occurs when your body can’t efficiently utilize the insulin it naturally produces, says Kelli McGrane, RDN, a registered dietitian nutritionist who has worked with people with diabetes. Insulin resistance can lead to type 2 diabetes; for those who already have diabetes, it makes the condition far more difficult to manage.

That’s not all. Yo-yo dieting also results in a loss of muscle mass. When you gain weight back, most of it tends to be fat rather than muscle, says McGrane, who currently serves as a nutrition expert for Lose It, an app that can be used to track food intake, carbs, and blood glucose, among other metrics.

Having a higher percentage of body fat increases insulin resistance and slows your metabolism. (Because muscle burns more calories than fat, your body isn’t burning as many calories.) So not only are you setting yourself up for high blood glucose, but you’re also more likely to hang on to the pounds you gained back.

In retrospect, Weingarten sees that her willingness to try fad diets grew out of an unhappiness with her appearance. Finding out she had diabetes, however, shifted her mindset: Sure, she wanted to look better, but now the priority was her health. Although she was determined to lose at least 10 percent of her body weight—she had read that doing so would help with blood glucose management—she resolved to make lifestyle changes that would enable her to stay healthy for the rest of her life. And she began to see that weight loss is an outcome, not a behavior.

Working with your health care provider to figure out which behaviors (such as tweaking your medication regimen or taking after-dinner walks) might lead to improved health can be worthwhile. But so can acknowledging that lifestyle changes are just one part of the equation. “Diabetes is a progressive disease,” says Fletcher. “And it may be progressing.”

If your goal is to lose weight and keep it off, don’t attempt to lose more than 1 to 2 pounds per week, says Smithson. Most lose-it-fast programs require you to eliminate entire food groups, which can deprive you of nutrients; they’re also unsustainable. Relying on sheer willpower to eat less doesn’t work, either. “It sets you up for yo-yo dieting because it has a shaming context,” says Smithson. When you experience a setback, the inevitable guilt and negative self-talk increase the chances that you’ll abandon any efforts you’ve made to get healthier. Instead, focus on the long game. Accept that “weight loss is a lifelong process,” says Smithson.

2. Think about what you want to add rather than what you need to remove.

Deprivation, at the root of every yo-yo dieter’s experience, always backfires. Instead of approaching weight loss with the idea of what you’ll be cutting out, focus on what you want more of. That might mean eating more vegetables, getting more fiber from whole grains, or becoming more physically active, says Fletcher. Make a list of specific additions you’d like to make, then aim to implement one a week.

We’re all creatures of habit, so making large, sweeping changes all at once is rarely sustainable. Instead, set mini goals. “Once you make small changes, new habits will be formed and be part of your new normal,” says Smithson. When she works with new clients, she encourages them to pick one or two tweaks—perhaps eating fish more often or switching from refined carbs to whole grains—instead of overhauling their eating habits all at once.

Whether you use an app or pen and paper, writing down what you’re eating and doing each day—along with your blood glucose readings—can help you get a better handle on how specific behaviors affect your blood glucose, says McGrane.

If your blood glucose levels are higher on certain days, however, avoid the tendency to think it’s because you were “bad,” says Fletcher. Instead, approach it as a curious observer who’s trying to figure out how various behaviors (including those related to food, physical activity, and stress) affect your numbers so you have the power to make changes from there. (Here’s more about the benefits of keeping a journal.)

If you’re struggling to break the cycle of yo-yo dieting, seek expert help. In the well-known Look AHEAD study, researchers followed more than 5,100 overweight and obese people with type 2 diabetes for up to 11 years and found that those who were assigned to an intensive lifestyle intervention program (featuring regular one-on-one and group counseling sessions for the first year) had better blood glucose, blood pressure, and cholesterol levels compared with those who participated in just three group sessions a year. They were also less likely to have sleep apnea, urinary incontinence, and mobility problems—all complications more common in people with diabetes—or be hospitalized often. And, yes, they were more apt to lose weight and keep it off for at least eight years.

Getting personalized attention helps you implement changes that are safe and make sense based on your current weight, health habits, and the diabetes medication you’re taking. The goal, says Smithson, “is to set smart, specific, and realistic goals rather than just jumping into something that is not sustainable.”  That, she says, goes a long way toward stopping the cycle.